LOOP (Listen Observe Organize Prototype) is a socially engaged non-profit collective based in Athens, Greece, using human-centered design to promote diversity in artistic production and cultural activities. A loop refers to the lifecycle of every project that starts by critically examining a certain challenge. During the process of research, ideation and experimentation, we develop strategies for implementation and communication through organized collaborations with like-minded specialists in visual and performing arts, activism, tech, and media. We consider all our projects as prototypes that must be constantly tested and re-examined, thus forming an iterative cycle, also known as a loop. The prototypes and projects we develop are in the form of interactive cultural experiences in visual and performing arts. These may be exhibitions, film screenings, theater, workshops, seminars, concerts, public interventions, talks, live performances, and festivals. The core values through which we operate are diversity, critical thinking, sustainability, and access to information.

LOOP became an official Athens-based organization in January 2018. Since then, the team formed by cultural producer Doreen Toutikian and Landscape Architect Andreas Nassos, have been part of a Creative Europe project as associate partners to showcase a Syrian-French theater co-production in Greece entitled ‘Under a Low Sky’. For Beirut Design Week 2018, they created an interactive public installation ‘Pop-Up Waterscape’ to create awareness about the value of water for urban landscapes. In September 2018, they curated an exhibition at State of Design, during the Berlin Design Week 2018, showcasing work from Arab artists and designers. In January 2019, Doreen was accepted as an Arts Fellow of Mophradat for LOOP, where she did a three month residency with State of Concept, and developed the Arab Feminist Films program. In March 2019, LOOP was accepted to the Reshape program, another Creative Europe supported project, initiated by ONDA. In November 2019, a residency and artistic exchange took place between LOOP and BOZAR (Brussels). LOOP is set to curate the Cineclub program of the InstitutFrancais de Grece in the summer of 2020. 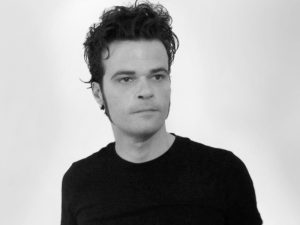 Andreas Nassos is a multidisciplinary designer with a Master’s degree in landscape architecture and a Bachelor’s degree in agriculture and ecology from the Aristotle University of Thessaloniki, Greece. He was the General Secretary of the Panhellenic Association of Landscape Architects (2016-2019), an official member of the International Federation of Landscape Architects, and co-founder of LOOP.

He has been a workshop leader twice in the international architectural festival Ecoweek (Ecoweek Thessaloniki 2012 and Ecoweek Belgrade 2012). He was also member of the organizational team behind Behance Portfolio Reviews Thessaloniki for the period of 2014 and 2015. He was invited as guest lecturer for the “Toolkit Designers’ Meeting” in Thessaloniki in 2016 and selected among workshop participants for “Design in the Middle” in Rome in 2017.

Andreas is active in various arts and culture initiatives in Athens focused on reviving spaces and developing local arts collectives. 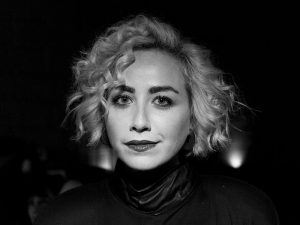 Doreen Toutikian is a cultural producer & entrepreneur with a background in human-centered design. She is founder of Beirut Design Week& MENA Design Research Center. She is also the communications coordinator at Mophradat. She has worked as a consultant with UNRWA (Palestinian refugee camps) and IOM-Kurdistan (Creative & Cultural Industries development). She is an academic, lecturing MA students on design research at Academie Libanaise des Beaux Arts, where she is also a member of the pedagogical committee.

In 2018, she co-founded LOOP (Listen Observe Organize Prototype) in Greece to support cultural dialogue. In 2019, she initiated the Arab Feminist Films program at State of Concept. She speaks six languages and volunteers at Khora as an interpreter for Arabic speak-ing asylum seekers in Greece. Get in touch with her at doreentoutikian.com 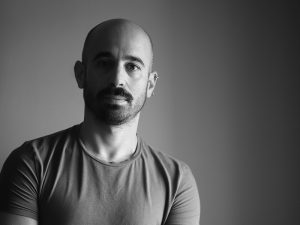 Charis Peclivanidis is a director and performer. He graduated from the Department of Theatre of Aristotle University of Thessaloniki and also holds a Master of Arts Degree in Devised Theatre from the Dartington College of Arts. He has been awarded with the State Scholarship of Greece for Master studies abroad. He has been collaborating as an actor, director and dancer with the National Theatre of Northern Greece since 2007. He is also teaching contemporary dance technique in drama schools and he runs workshops based on Documentary Theatre methodology. He is a co-founder of the Influx artistic collective. Influx became the first theatre group ever to win the International Ibsen Scholarship twice (2013 & 2015).