Republic of North Macedonia NI Macedonian National Theatre – Skopje is the oldest national professional theatre institution in R. North Macedonia. It is the foundation of Macedonian culture with over 400 staged productions. It preserves cultural and traditional values, which have been incorporated and integrated into the history of its repertoire. MNT aims at dissemination of performing arts among people, primarily targeting the theatre audience, their animation and educational and theatrical awakening, as well as bringing the youth to active thinking of culture and theatre.

MNT is a theatre with 75 years of tradition and with each new production, through constant endless journey in time; it preserves and nurtures the supreme theatrical identity, language and values. MNT, after its foundation and further existence, goes through various phases: creation and nurturing of the ensemble and the audience, of creators who participate in shaping of the productions, maintaining repertoire and giving guest performances abroad as well as welcoming foreign productions. It creates a place on the European and world map by presenting works from the overall classical and contemporary dramaturgy, but also through constant engagement of world renowned directors including Paolo Magelli, Ljubisa Ristic, Galin Stoev, Javor Grdev, Alexander Morfov, Alexandar Popovski, Slobodan Unkovski, Andriy Zholdak, Levan Tsuladze, Bonjo Lungov, Miodag Madzar and Lilia Abadzieva.

Besides its basic function of being a theatre, it is also a museum, part of the rich Macedonian cultural heritage presented throughout the building. Inside the theatre, there is a theatre museum where original and authentic objects and photographs are stored and presented, especially from the postwar period of the theatre’s existence, which are exclusively owned by the museum. MNT is also implementing the first 360o virtual (digital) model applied to a museum exhibit in the country, enabling interactive visit of the audience from anywhere in the world. 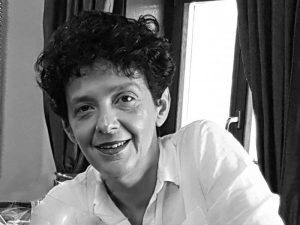 Simona Ugrinovska graduated Production on the Faculty of Dramatic Arts at the University Ss. Cyril and Methodius, in 1993. She will be the project supervisor and management consultant.
• In 2018 she became the General Manager of MNT Skopje. Since then she has produced more than 10 new performances, as well as 2 exhibitions and more than 50 side events. Only in 2019 the theatre had 240 performances with more than 84500 spectators.

• Since 2010 she has been employed in MNT as a producer. In the period of 10 years she fully conducted the preparation and production of more than 20 premieres on the Main Stage of the theatre.
• Ugrinovska was working in the Ministry of Defense in the position of Assistant Minister for Publishing and Audio and Video Production for four years.
• Since graduation she was working as executive producer at Macedonian Radio and Television where she worked on more than 130 projects. 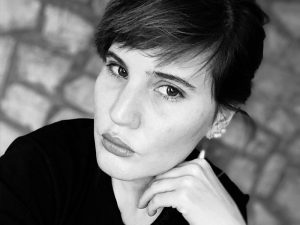 Nina Nikolikj (1987, Skopje) graduated Theater Directing on the Faculty of Dramatic Arts – Skopje. She post graduated on the same faculty in 2014. Since 2017 she is working on her PhD thesis. Her rich curriculum includes the following:

• She is a member of the Management Board of the MNT since 2018 where she contributes actively in the management, financial and artistic strategies of the theatre.
• She is the Artistic Manager of the independent theatre and film production Peripetija Production since its foundation. Since 2015 she has produced: local performances for children and adults, international co-productions, national co-productions, creative videos and international tours.
• She has been member of the artistic board of MOT international Festival from 2012 until 2018 where she participated in the framing of the strategy of the festival and made significant connections with many organizations dealing with performing arts in Europe and all over the world.
• She was project coordinator of the international project “The Pelican”, a co-production between 5 regional Drama Faculties and The Embassy of Sweden in MK.
• Since 2016 she has been temporarily employed as Theatre Director at the MNT.