Studio for Research on
the Art of Acting

Studio for Research on the Art of Acting works as an institute for cultural activities devoted to artistic, educational, research, and residency activities in the field of acting. Since 1996 Studio has realized numerous international projects (theatre co-productions, research and educational programs, artistic exchanges and residencies) and hosted a number of distinguished acting teachers, experts in psychodrama and artists from all over the world. Studio holds most of its activities at the creative center in Krušče, a small village near Cerknica. Since the beginning of the estate renovation in 2006, Krušče hosted performing arts- film-, music-, fine arts-, and literature- artists and experts from all Europe, Russia, USA, Australia etc. Beside that importance is also given to the research and educational activities in psychodrama and psychotherapy. Following its own particular way of dealing with the question of how to organize, finance, distribute and exchange art in the current modernity, Krušče is becoming recognized and valued as an important space for investigation and reflection of creativity in Slovenia as well as internationally. 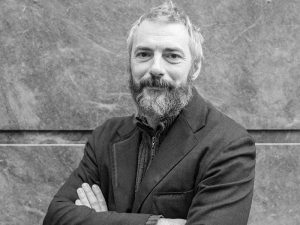 He is a theatre director, university professor and psychodrama psychotherapist (ECP). He obtained his degrees in theatre directing from the Academy of Theatre, Radio, Film and Television in Ljubljana, and was additionally educated through a period of twenty five years in Slovenia and abroad, particularly in the field of numerous acting techniques, psychodrama and group analysis. Janežič is one of the most established Slovenian theatre directors abroad and an internationally recognized expert in the field of acting. He has lectured and collaborated as an invited artist in several countries (Slovenia, Croatia, Serbia, Bosnia and Herzegovina, Montenegro, Macedonia, Bulgaria, Romania, Hungary, Slovakia, Czech Republic, Italy, Austria, France, Belgium, Norway, Portugal, Lithuania, Russia and USA).

His performances toured on numerous festivals in the countries of ex Yugoslavia, around whole Europe, in Russia and USA. Janežič has received over three dozens of mostly international prizes and awards for his artistic work. He has directed Studio for Research on the Art of Acting within the framework of which – and in collaboration with parallel foreign organisations and experts- he has done research projects in the field of acting since 1996. An Italian documentary La cura del Teatro (Care for the Theatre) about his work premiered in Paris and Italy in 2018. 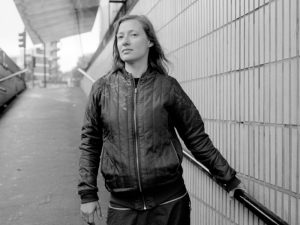 She finished her diploma at the University of Ljubljana – department Science of Culture. Later on she finished specialization at the first EU curatorial study program “Kuratieren in den szenischenKünsten” between University of Salzburg and LMU München and for this she was appointed with a full Allianz Kulturstiftung stipendium (2017). In the last 10 years she has worked as a creative producer, curator and cultural policy researcher and in 2005 she was part of the team that established the first International Festival of Experimental Move Nagib in Maribor, Slovenia. In 2013 a new Association for Cultural Production and Affirmation of Artistic Processes NAGIB was established for which she is still artistic director.

For all these and many other projects she has realized until now she received in 2015 a national KsenijaHribar award for special achievements as a producer in the field of contemporary performing arts. Besides working as a curator and producer she gained knowledge and experiences also in researching cultural policy models in the EU, which she implemented in different studies for the non-governmental sector in the field of culture and art. Between 2013 and 2015 she co-initiated an international exchange between Slovenia, Australia and Croatia, which was supported by IETM. In 2017 she developed a long term interdisciplinary project linking different artists and artistic practices with scientists and other professionals from Slovenia – Austria – Germnaysuppored by regional found of GeotheInstitut.